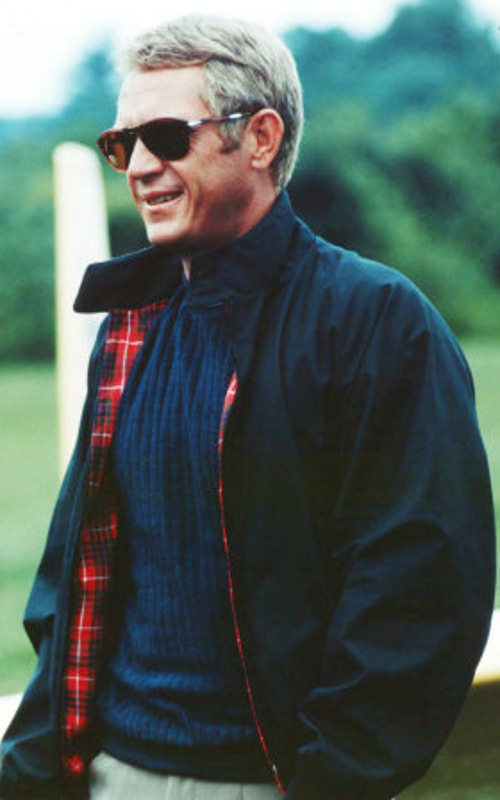 When I was in high school, I was not cool. I attended 3 different high schools because we moved every year. I was always the new kid, I didn’t fit in, I didn’t think I was smart (and smart wasn’t cool anyway.) I didn’t have any particular talent, I was just… a teenager.

One thing that was very cool, this baracuta jacket. Doesn’t look like much…just a blue jacket with a plaid interior. But when I was in high school, if you had this jacket, you were the king/queen.  The coolest movie star at the time, (the man in this picture), Steve McQueen, wore this jacket. He was called  the king of cool… if McQueen was wearing it… it was cool.

Can I Be Cool?


I’m fascinated by “cool.” Who’s cool?  Why are they cool? Can I learn to be cool if I act like them?

Just like with the jacket, a certain kind of shoes or shirt might be cool today. But why? We can find articles that describe “The Science of Cool,”… but I’m not really interested in that. I’m more interested in the way cool is linked to self esteem. Teenagers are often looking for a way to be cool;  in my case it was smoking. I was not cool when I was smoking, but I thought I was.

Understanding why is something or someone is cool… is tricky.

But Really, What Makes Something Cool?

Or has the world and what’s cool changed due to the internet and wi-fi and cell phones? Is what’s cool the same no matter who or where you are?

Stuff is Cool, But People Are Cooler

The latest tech is cool but most of us can’t afford it. Many things that are cool are expensive; is that what makes them cool? Maybe.

To me stuff is stuff. It’s fun to have but unlike experiences, stuff tends to come and go. It gets lost, stained, broken.

But people can be cool in a way that’s durable. The coolest thing to me is someone, who is just themselves. They accept themselves unconditionally. This doesn’t mean cool people don’t look to improve themselves, they do. It’s just that they do it with an acceptance of their current state, no matter what. Artists can be cool because they are brave enough to be themselves, regardless of whether society values their contribution or not.

I’m not saying all artists are cool. I’m exploring the possibility that the way to be a cool person is not to think you’re cool (that never works), but to know and accept yourself, exactly the way you are. If I can do that, there’s no need for comparing myself to other people, there’s no need for the ‘stuff’ to prove I’m cool.

There’s just self-acceptance and compassion…. and that extends to everyone. What’s cool to YOU?

Creating But Not Owning