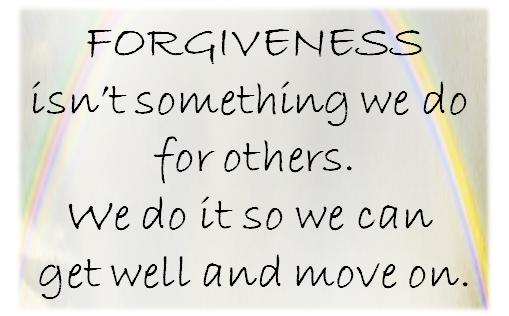 My parents were alcoholics. It’s taken me a long time to be able to say that without shame, without anger. On top of their alcoholism, they were both mentally ill. When they were young, mental illness was largely “untreatable.” Partly because so many conditions were unrecognized and partly because there were few treatments. They were smart, talented and attractive. If you met them, you would likely have left that meeting thinking, how charming they are!

Being raised in a single parent home run by an alcoholic mother had many challenges. I was the middle child and was largely ignored. Simultaneously, due to many circumstances, I accepted a lot of the responsibility for the family.

I grew up hurt, lost, angry and confused. It wasn’t until I found Al-Anon (free, anonymous help for families of alcoholics) in my 30’s that I began to untangle what happened to me and more importantly, how the coping skills I had learned as a child, were negatively impacting my adult life.

They’re Not Even Sorry!

Forgiveness wasn’t even in my vocabulary. I didn’t understand why I had to forgive them. They were the ones who had neglected me for the sake of the bottle. Why should I have to take my time and energy to understand people who didn’t care about me?

Then slowly, I realized that if I didn’t find a way to forgive them, I was going to have a miserable life. And it wouldn’t be their fault, it would be mine. They weren’t sorry (maybe), but I was. I was sorry for myself. No rational person would blame me.

I first had to recognize that my future happiness depended upon me accepting the situation exactly as it was. No blaming, just a clear picture of what happened. I hated this part.

I had very few memories of my childhood. I had blocked out both what happened and the feelings about what happened. As I unraveled the stories and feelings, I got even angrier. I got some counseling, I went to Al-Anon. I cried, I ranted and raved. Step by step, I learned not to forget but to forgive. That alcoholism is a family disease and that we were all affected by it.

I didn’t want to forgive them, but I learned how to do it. And then I was free. It took a long time, but it was worth every minute of the time I spent.

If I hadn’t had these experiences, I wouldn’t be the person I am. I like who I am. I’ve got lots of work left to do. I move forward with a gift more precious than any present I’ve ever been given… self knowledge. If forgiveness takes time, it may be because what’s really happening is that I am coming to understand myself. Once I see myself more clearly, forgiveness becomes easier. If you are locked into anger over someone else’s behavior, I hope you see that you are not alone.

This is why, whoever you are, whatever you’ve been through, I am standing beside you.

Average Is Good (Maybe Even Better)

Where is Your Home?