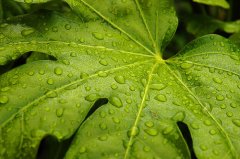 Feel like a failure? You’re actually winning. Watch this 40 second video about the power of failure. According to Mr. Feiffer, you need to continuously try new things and fail in order to create anything worthwhile. Think about raising children. If you think you didn’t fail over and over again… I suspect you are kidding yourself.

Think about nature. Evolution is a series of failures in order to find the best way forward: the flower that is drought resistant or the leaf that absorbs water more effectively.

I am teaching a new online course. Learning the software is driving me crazy. Just when I think I have learned something, it appears that I forget it. And this is happening live, in front of my students. Humbling to say the least.

Think of the last time you failed. Did you curl up in a ball? Did you try to deny it? Were you ashamed? This last is the worst of it. Failure is a sign that you are trying. If you can’t think of the last time you failed, then you are either not paying attention or you aren’t trying anything new. The old saying, nothing ventured, nothing gained, warns us to keep trying new things. To live fully we need to fall on faces from time to time.

If you are unfamiliar with Jules Feiffer’s delightful cartoons (as well as the rest of his body of work), check him out. 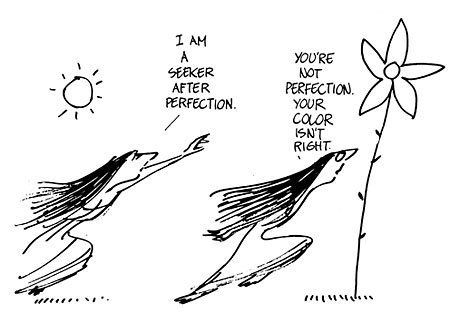