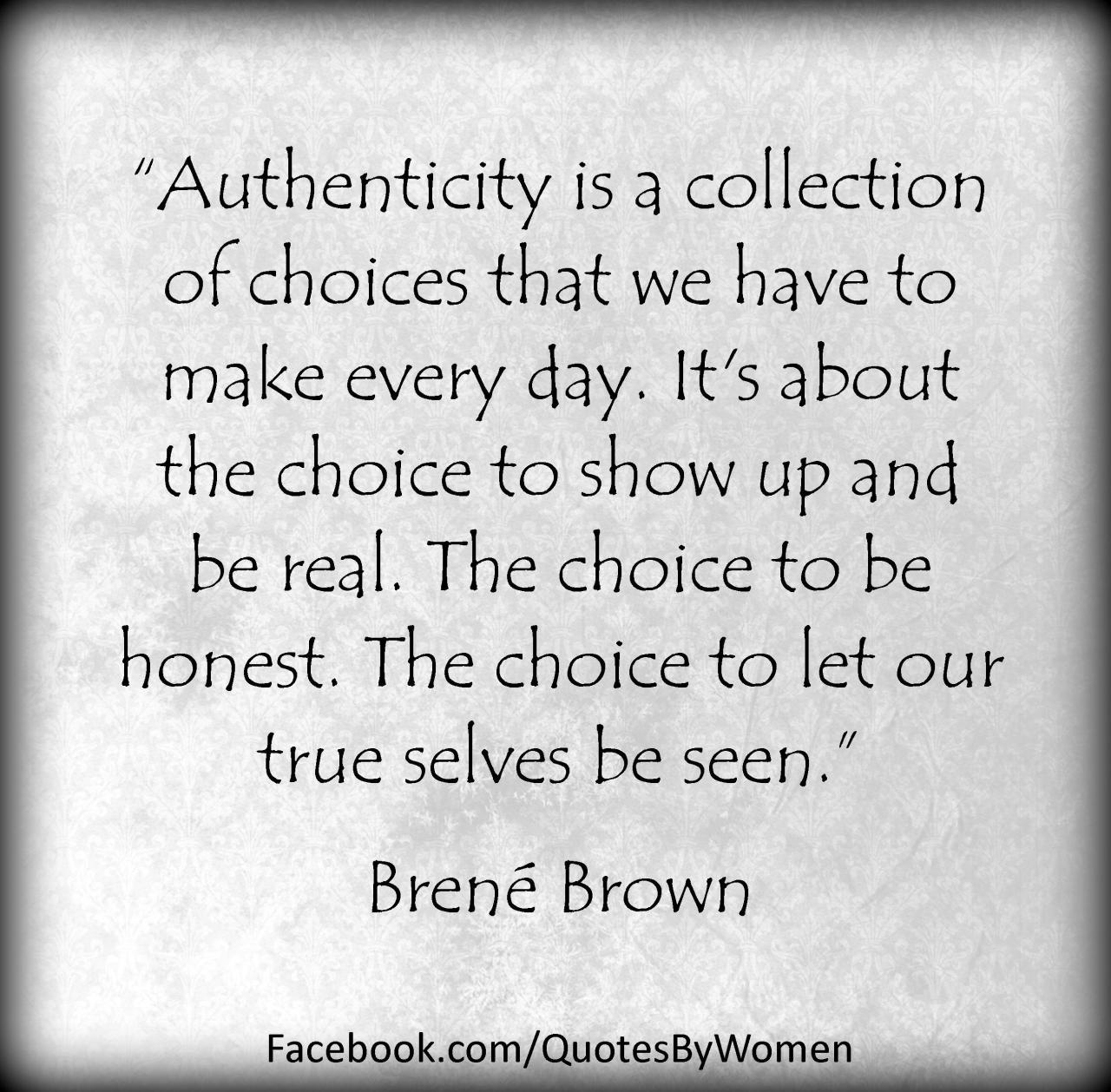 
Authenticity = being true to one’s own personality, spirit, or character. It is a combination of trustworthiness + reliability that equals credibility.

I am a Baby Boomer. My generation brought us good things and bad things. Good= we protested to help bring about the end of the Vietnam War. Bad = Everything is ‘sold.’ Everyone is ‘selling’ all the time. Ideas are ‘positioned’ and ‘packaged.’ People are ‘brands.’ Check out this short video of how advertisers sell stuff.

Advertising was successful for decades because it manipulated our desire to belong and excel, to ‘sell’ everything from poisons (cigarettes) to ritzy lifestyles. We ‘bought in’ because we thought if we had these ‘things’, we’d be happy… or happier… or happier than the next person. What was ‘authentic’ or credible after World War II or after the economic crisis of 2008, isn’t necessarily ‘authentic’ now.

I am inspired by every young person who tells me that what used to be accepted as a societal practice, is being called B*ll Sh*t; think advertising, gun safety, education. They know a phony when they see one and they aren’t afraid to call us or them out. The younger generations see right through the facade. They can see and smell a phony a mile away and the phony doesn’t even realize it.

They’re Not Going to Take It

These 2 generations (Millenials and GenZ) are really smart. They are the first generations to grow up with a computer at their fingertips. The have excellent “BS (bullsh*t) meters. They know when someone is trying to fool them, not 100% of the time, but they get it. They may smile at you and nod… but you’ll notice that they do what they want. They appreciate the authentic voice.

This makes lots of Boomers and Gen Xers crazy. They describe younger people as, ‘lacking hustle’, entitled, and/or cocky. And if you look through the lens of an elder, you may understand why they say that. Boomers are often workaholics, many people look like slackers compared to us! I encourage us to look at these younger generations through THEIR lens. They are diverse, accepting, pragmatic, and entrepreneurial citizens of the world.

The Transition to Authenticity


The problem is that many of our institutions (political, economic, business, civic) have been operated by a dictatorship of paternal overseers. The rare woman or minority who was able to traverse the landscape… had to put up with a lot of BS in order to make any headway. Speaking from experience,  these overseers have tried to manipulate and belittle me in order to protect the infrastructure that gave them authority and means.

I believe the transition of power from the older to the younger generations is going to be painful because the elders don’t want to give anything up and the younger people don’t care what the elders think. I’m encouraged and delighted that these brave people are stepping up to lead our future. We’re in good hands. Further reading: Try Brene Brown or  7 Qualities of Truly Authentic People

What We Think, We Become