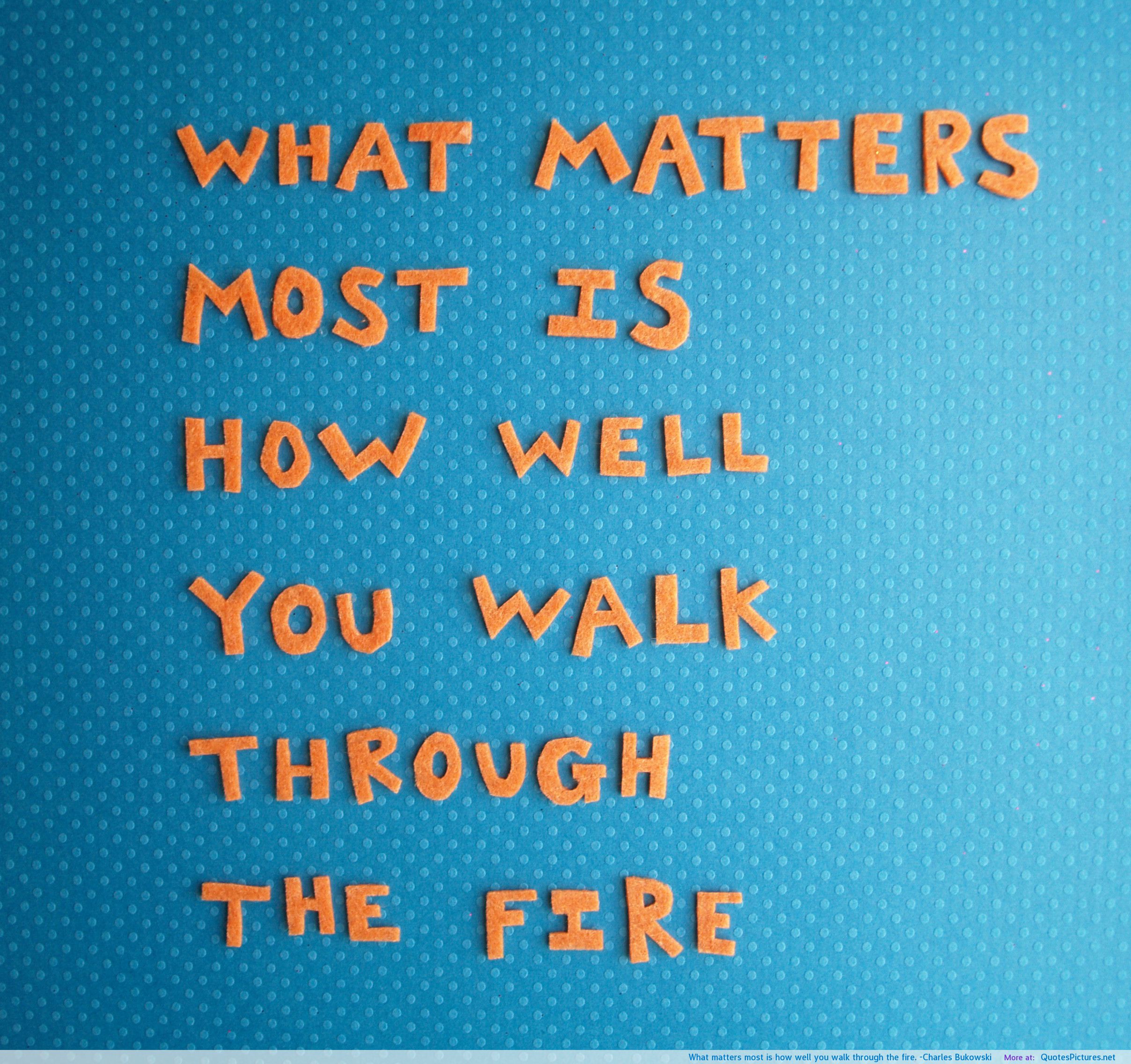 “There are times when those eyes inside your brain stare back at you.”
Charles Bukowski, What Matters Most is How Well You Walk Through the Fire

I don’t know about you, but I spend way too much time in my head. I think about what other people are doing, why they’re doing it. I let their moods, problems, ideas effect me … more than they should. I rationalize that people are the most important thing on the planet so thinking about them is good! I think about the way:

I was born a white, middle class girl. I know something of what it’s like to be a ‘minority’ because I’m a female and I’ve been put down, ignored, belittled, and shunned… in my personal and professional life.  I have a taste, the tiniest taste of what many people experience on a daily basis, just because they were born.

I’ve had a little taste of the ‘fire’, the pain and sadness. I hope I have walked through with some grace. At this point in my life, I want to see what I can do to help those whose fire is fixable or improved by education, political action, attitude adjustments, and perhaps a bit of magic, love and prayer.

I watched television host Trevor Noah talk about his upbringing and his book, Born A Crime.  Here’s where the title comes from:

When Noah is asked what he thinks about Americans complaining about our rights being taken away. His answer, “I never judge somebody for thinking their world is tough, because it is tough, to you.” Trevor Noah has walked through the fire and come out a man showing us how to live with the scars… with grace and humor. I tip my hat.